In one example from my dissertation, I re-analyzed a systematic review by Shogren and colleagues, titled “The effect of choice-making as an intervention for problem behavior” (Shogren, et al., 2004). In order to do the analysis, I retrieved all of the original articles identified by the review, scanned in all of the graphs depicting the data, and used (actually, had an undergraduate use) a computer program called UnGraph to capture the data-points off of the graphs (see Shadish, et al., 2009 for details on this procedure).

As it turned out, Wim Van Den Noortgate and Patrick Onghena followed a similar procedure in analyzing the same systematic review (reported in Van Den Noorgate & Onghena, 2008). Wim and Patrick were kind enough to share their data so that I could calculate the reliability of this data extraction procedure, based on the two independent replications. After some initial data-munging, I arrived at a clean, merged dataset:

The variables are as follows:

The final variable distinguishes graphs that are particularly easy to capture. Wim/Patrick and I used slightly different exclusion criteria, so there are a total of 30 cases across 12 studies included in the merged dataset. To begin, here’s a plot of A versus B by study: 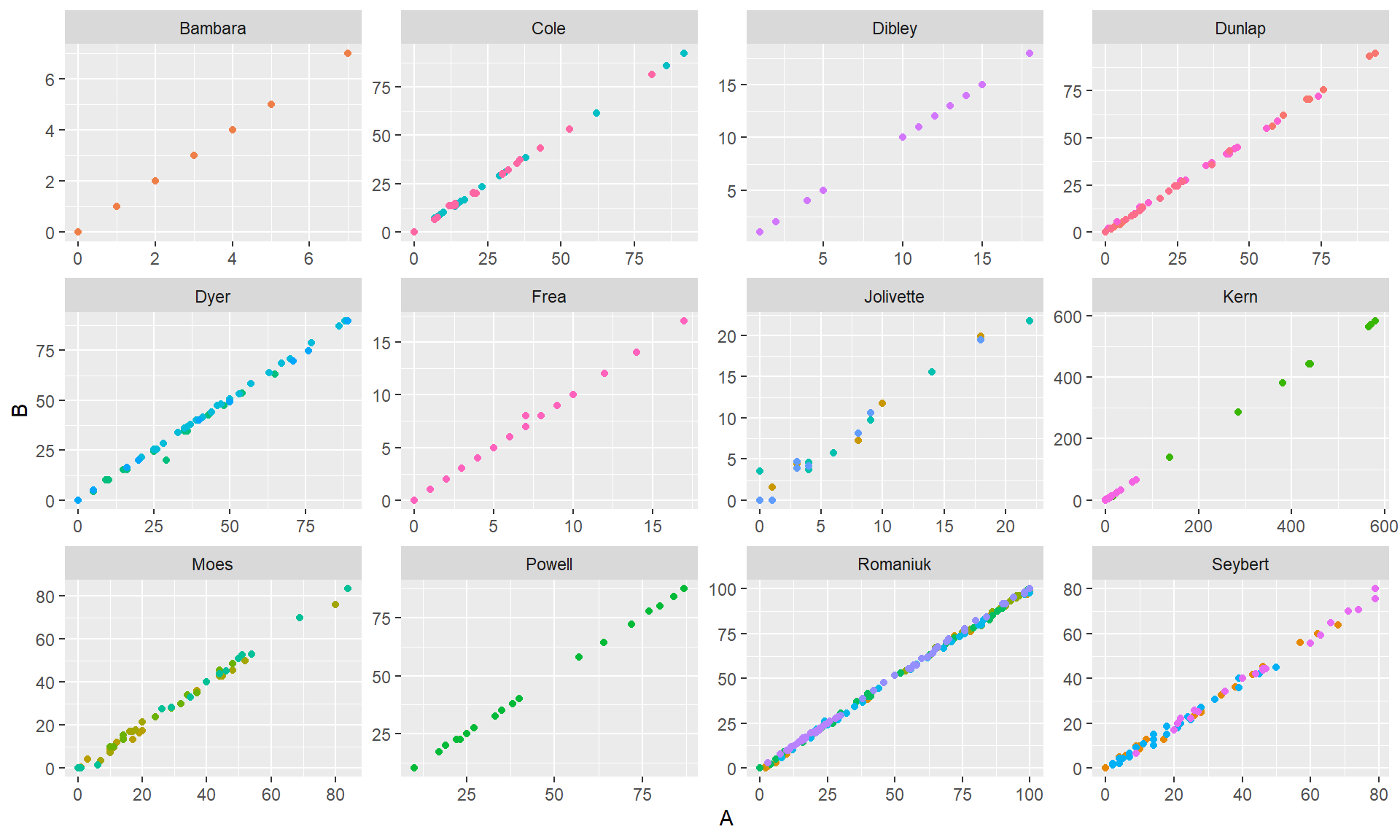 Clearly the two measurements are very correlated. You’ll notice that the studies (and sometimes cases within studies) used several different outcome measurement scales, so the overall correlation between A and B (r = 0.999767) isn’t really the best approach. Furthermore, some of the variation in the outcomes is presumably due to differences between phases, and it would be better to calculate a reliability based on the residual variation within phases.

I calculate the reliabilities from each case using restricted maximum likelihood, then apply Fisher’s Z-transform: 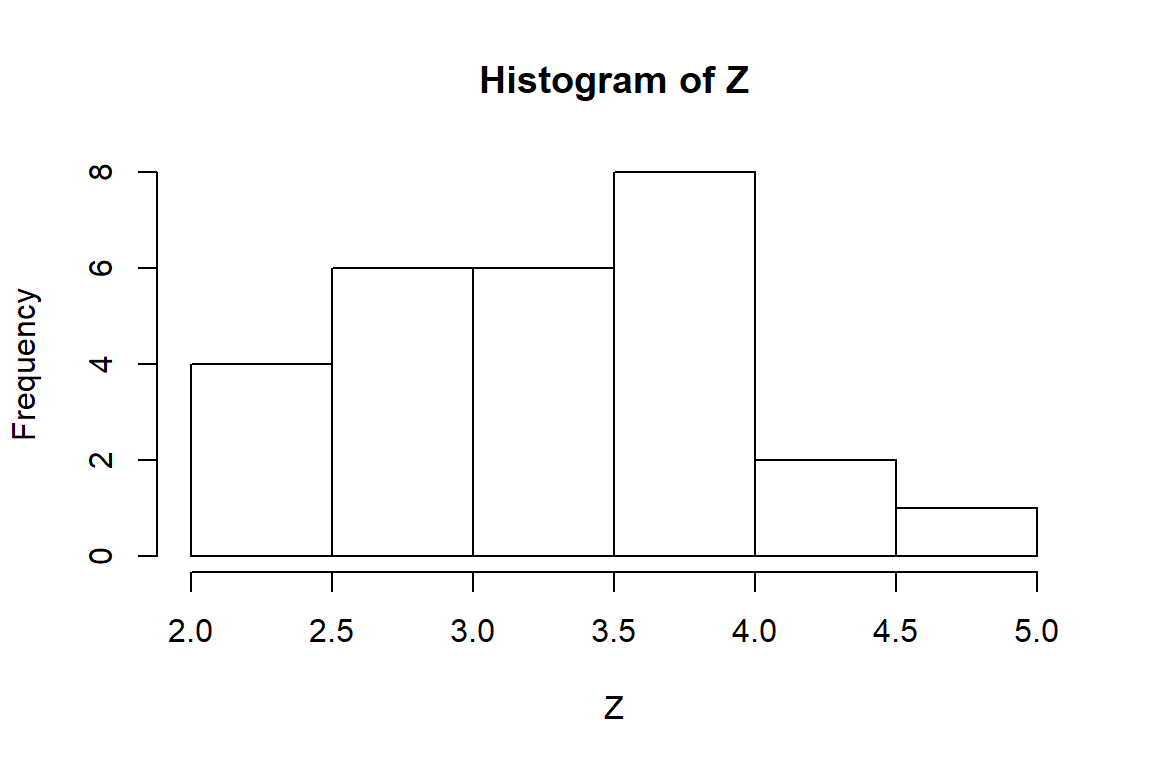 With only 2 replicates per measurement occasion, the large-sample variance of the intra-class correlation is equivalent to that of the usual Pearson correlation (see Hedges, Hedberg, & Kuyper, 2013), except that I use \(N - P\) in the denominator to account for the fact that separate means are estimated for each of the \(P\) phases: \[Var(\hat\rho) \approx \frac{(1 - \rho^2)^2}{N - P},\] where \(N = \sum_i n_i\). Applying Fisher’s Z transform stabilizes the variance, so that it is appropriate to use inverse variance weights of simply \(N - P\). Turning to a random-effects meta-analysis:

The average effect size corresponds to a reliability of 0.9970546 (95% CI: [0.9951684,0.9982051]). The reliabilities are heterogeneous, but because they are all at the extreme of the scale, the heterogeneity has little practical implication: approximating the population of reliabilities by a normal distribution, and based on the RML estimates, 84 percent of reliabilities will be greater than 0.9900. Though one could certainly imagine factors that might explain the variation in reliabilities–the resolution of the image file from which the data were captured, the size of the points used to graph each measurement, the number of outcomes represented on the same graph–it hardly seems worth exploring further because all of the reliabilities are so high. These results are very similar to those reported by Shadish, et al. (2009), who found a median reliability of 0.9993 based on a similar study of 91 single-case graphs.